Guardian Reports on Women and Sexism in Comics 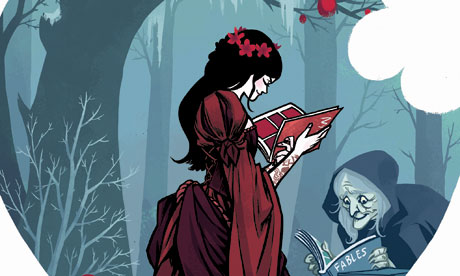 Image from the Thought Bubble Festival, via The Guardian

From The Guardian, an article titled “Ker-pow! Women kick back against comic-book sexism.” Not only does it discuss the side of the comics-creation, but also the bullshit women as fans deal with.

DC insisted it was taking their concerns “very seriously” and pointed to writers such as Nicola Scott, Felicia D Henderson and Gail Simone. It also highlighted female DC characters such as Wonder Woman, Batgirl, Catwoman and Batwoman, who was reinvented as a lesbian.

Comics bloggers such as Vanessa Gabriel say, however, that both DC and Marvel – which together dominate the market – have been slow to do more than pay lip service to female readers.

It is not just the artists and writers who are increasingly finding their voice. A group of female comic book fans in the US are currently preparing to launch a movement against harassment at comic conventions in conjunction with social campaigns website Change.org.

“Physical and verbal harassment are widespread at comic conventions and other geek-oriented cons – not just of attendees, but guests and staff as well,” says Jessica Plummer, one of the organisers of the petition calling for the adoption of anti-harassment polices.

“I’ve seen reports of everything from inappropriate comments to rape. I’ve seen women groped by strangers because they were in costume,” she says. “As far as the wider comic book culture is concerned, many female comic book fans have stories of being ignored, harassed, or treated with hostility in comic book stores, and there’s certainly persistent gendered bullying online.”